Reporting on the August 9, 2014 shooting death of Michael Brown, David Carr concluded his August 17 piece for the New York Times by observing that “nothing much good was happening in Ferguson until it became a hashtag”. Following the story's rise and spread on Twitter, the protests in Missouri swiftly captured the news cycle in the U.S., and brought into focus the consequences of militarization and racial inequality in police forces throughout the country.

Using our new and improved instruments at hedonometer.org, we can strongly quantify and visualize the texture of sentiment surrounding the protests on Twitter.  Over the course of a week starting Wednesday, August 13, our all-of-Twitter time series dipped several times, and we saw a large increase in negative words related to events in Ferguson as viewed in the word shift below.  Because we currently break tweets into individual words, “tear” is separated from “tear gas” but is still a negative term that rises to the top (we will move to phrases in a major future update of hedonometer).

Click on the graphic below for an interactive version of the word shift or here. 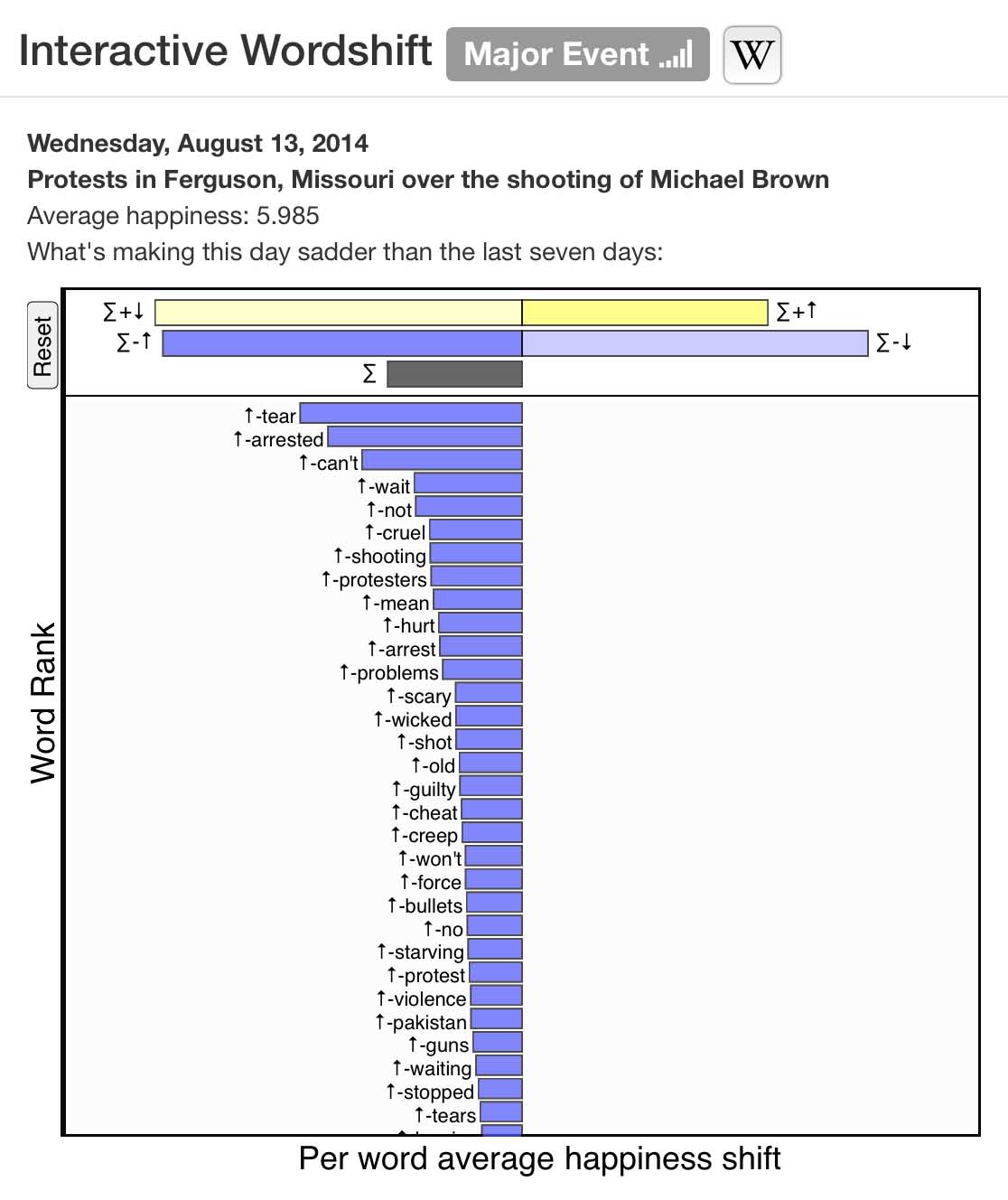 In comparing the week of August 13 to 20 with the last 90 days, we see Missouri's happiness ranking dropped from 18th to 32nd. The geography of happiness for the U.S. is remarkably stable, and this is the first time we've observed such a large, rapid change for a state ranking.

We're in the process of building interactive sentiment maps for other languages and at scales of cities, countries, and regions. Our hope is that through hedonometer, anyone will able to make and share geographically localized observations of crowd-sourced public opinion, and generate a defensible quantification of the collective conversation on Twitter and elsewhere.