Transitions in climate and energy discourse between hurricanes Katrina and Sandy

Climate change is real, and that’s just science.  But if we aren’t feeling climate change on a day-to-day basis, then how do we know it’s really happening? The problem is especially challenging considering that weather in the U.S. has actually become more pleasant over the last few decades.

Behavioral economics studies have repeatedly shown that human beings respond best to tangible consequences.  One such consequence of climate change is the increase in severity and frequency of natural disasters (TIME, nature).  Natural disasters can be extremely inconvenient, especially when they destroy our energy infrastructure and leave us with no electrical power.  How are we supposed to post sarcastic tweets without electricity?

Using LSA, we can determine which words in our corpus of articles are most similar in meaning to a given query of one or more words.  For each corpus, we determine which words are closest in meaning to the queries “climate”, “energy”, and “climate,energy”.  Using LDA, we define the corpus over a given number of topics.  Each topic is a distribution of words, and each article is then defined as a distribution over topics. The following table gives the results of LSA querying and several LDA topics for each hurricane. 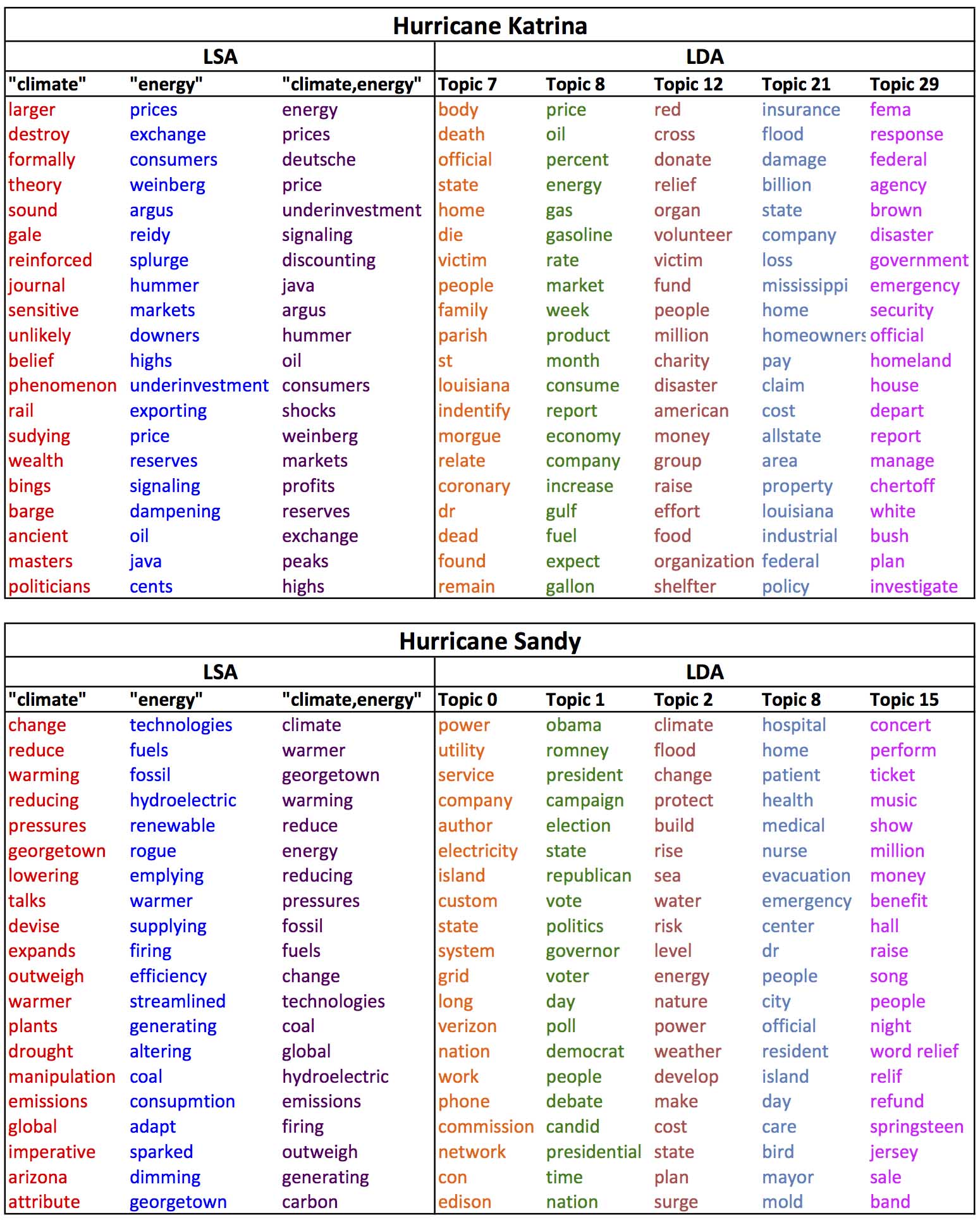 Our analysis suggests that in the time between Hurricanes Katrina and Sandy, there was shift in public discourse surrounding climate change and energy.  To read the entire analysis, see our paper in the Journal of Environmental Studies and Sciences, or on the arXiv.