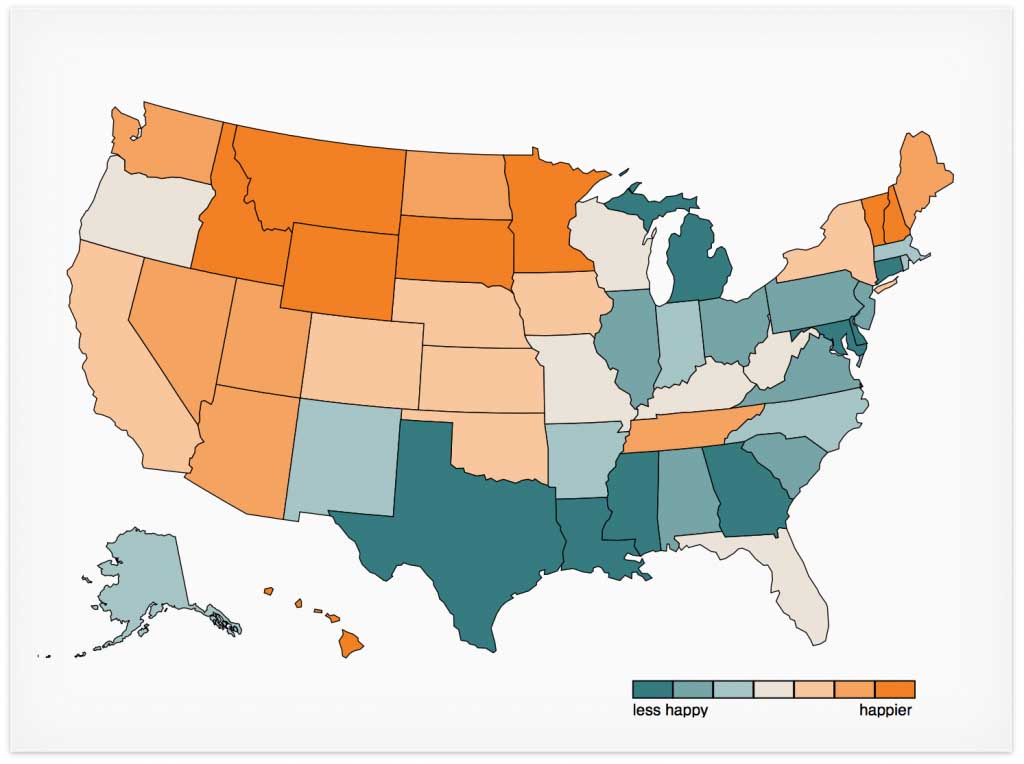 Geography of Happiness for the US

Over the summer of 2014, we have worked very hard to bring many new pieces to our Hedonometer, and we're pleased to tell you about what we've done, and where we're going next. 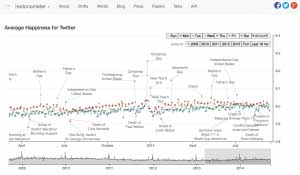 All along, one of the central goals for the Hedonometer has been to provide a new instrument for society's dashboard, one that measures population-level happiness in real time from any streaming text source. Like flying a plane, where we would never want just one dial with the limits "all good" and "uh-oh", we need a sophisticated dashboard to quantify how well a population is faring. We want to see unconventional measures like ours added to traditional, easier-to-gauge quantities often concerned with economic activity. Money doesn't equal happiness. We hope the Hedonometer will enable individuals, journalists, policy makers, corporations, and other research teams in their various pursuits.

Because our Hedonometer works for any large text, we're able to explore other areas for basic science purposes, particularly the vast realm of sociotechnical systems and the digital humanities. And some of our work will be simply just for fun (hopefully yours and ours). 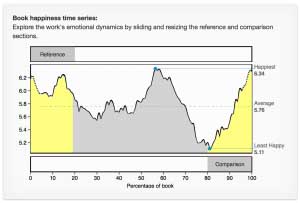 Harry Potter and the Prisoner of Azkaban.

As you'll see below, we have many plans for the future. So far, we've received crucial support from the NSF and the MITRE Corporation, and we're always looking for more ways to continue to lift our enterprise. If you're interested in or have suggestions about funding our work, please contact us.

Okay—here's what we've put together. We now have four main interactive views of emotion up and running:

We'll go into more depth about how to use and share these visualizations in our following blog posts. As always, Hedonometer stands on a team effort but we have to acknowledge and praise Andy Reagan (@andyreagan) for his incredible efforts in leading the charge to Hedonometer 2.0. Building things is fun.

Some of the many new elements we're looking to add in the next year are:

We also have two longer-term, major projects in development:

One last thing: we've moved our blog from onehappybird to compstorylab.org. All old links will still work.