The happiest character on Seinfeld was …

Whether he was analyzing underwear performance (“My boys need a house!”), advising a friend on marriage ("Is it alright if I use the bathroom now?"), or unabashedly offering his honest opinion (“You just need a nose job!”), Jerry Seinfeld’s awkwardly outspoken neighbor brought the funny. Inspired by writer Larry David’s real-life neighbor Kenny Kramer, and played by actor Michael Richards, Kramer made millions of people happy simply by entering the room.

In one particularly memorable scene, Kramer described his frantic efforts to save the severed pinky toe of a friend:


Crossing the cultural cavern between Science and Seinfeld, we downloaded scripts for each episode from https://seinology.com and used our Hedonometer algorithm to calculate the happiness expressed by each character throughout the 9 seasons. Below you’ll see part of the script for “The Fire”, the episode containing Kramer’s bus story. 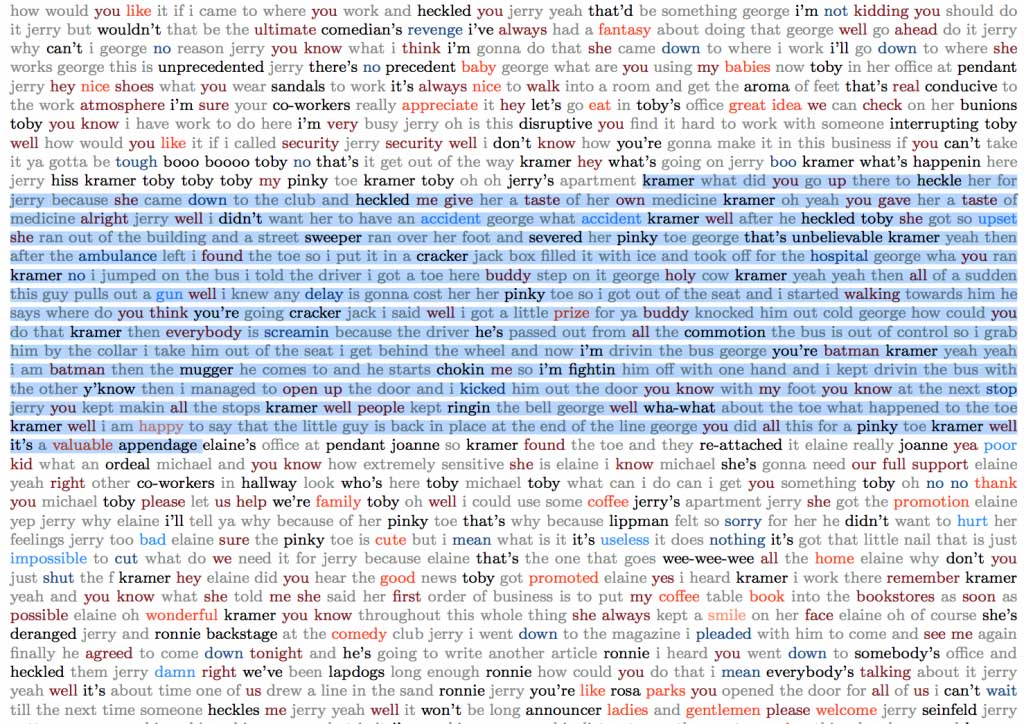 Gathering all of the lines read by each character, and combining the happiness ratings of their words, we find Kramer’s character to have the happiest average, followed by George, Elaine, and then Jerry. As a frame of reference for the y-axis, our instrument found tweets authored in Vermont in 2013 had an average happiness of roughly 5.95, ranking 4th in the US. Tweets from Alabama scored roughly 5.83, ranking 48th in the US. 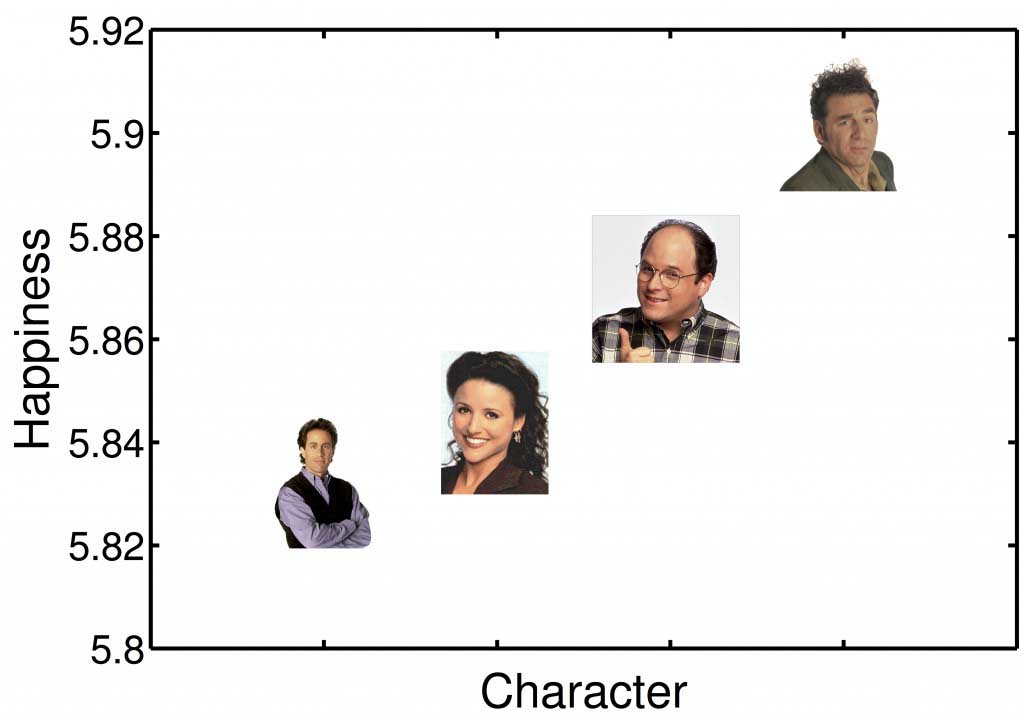 Expressed happiness for words spoken by the four main characters in Seinfeld. No surprise at the top.

Looking at the entire scripts for each show, and averaging over each season, the fifth season rated happiest, offering classic episodes like “The Puffy Shirt”, “The Fire”, and team Storylab all-time favorite, “The Marine Biologist”. The sixth season was close behind, including “The Big Salad”, “The Race”, and “The Soup” (we didn’t include the highlights episodes 100, 101). 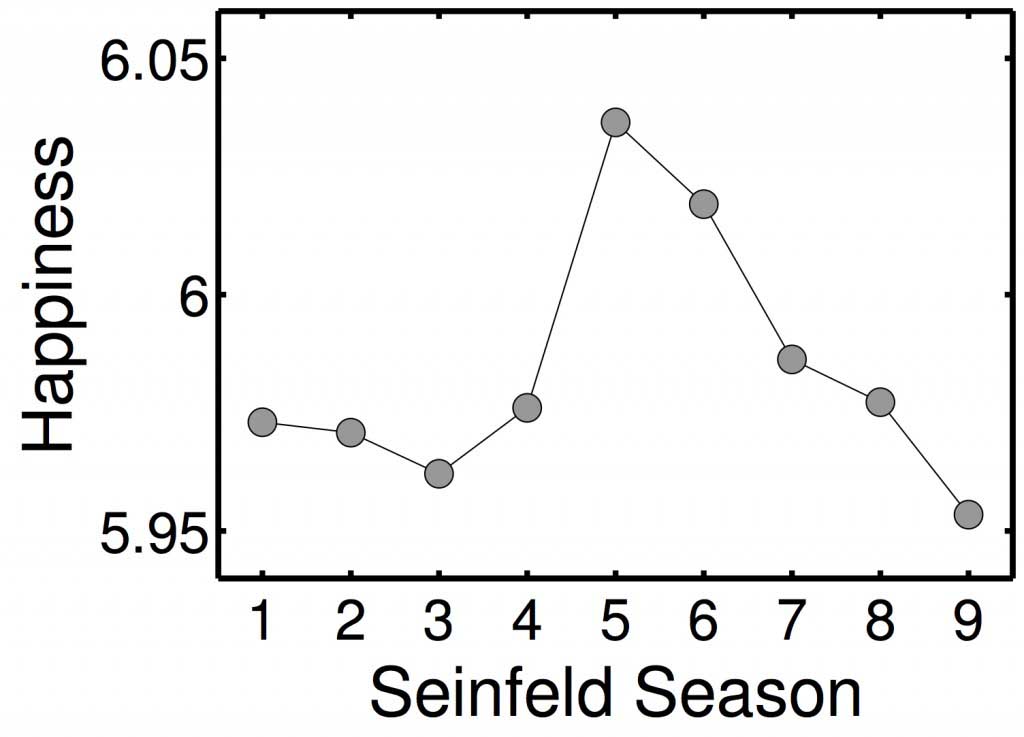 In homage to the show’s main character, who presently enjoys riding in fancy cars with friends and getting coffee, we are quite happy to have spent quality time quantifying something that means absolutely nothing.

Next up on the computational culture binge: comparing Seinfeld with other TV series, TV to movies and books, and more.